Showing posts from May, 2013
Show all

This was originally printed in the GREEK NEWS AGENDA - March 8, 2013 Women's Rights:  Marika Botsi, the First Woman Mayor Although women in Greece did not get the right to vote in national elections until 1952, they were granted the right to vote in local elections in 1934.  This first timid participation (only about 12,000 voted), eventually led to the first woman holding office in modern Greek history:  Marika Botsi. Born in 1904, she received a degree in Pharmaceutics from the Athens University, founded the first Women Scientists' Organization, and returned to her native Amaliada, where she opened a pharmacy.  Following the liberation of Amaliada from Nazi occupation, in 1944, Marika Botsi was appointed mayor, thus becoming the first female mayor in Greece.
Post a Comment
Read more 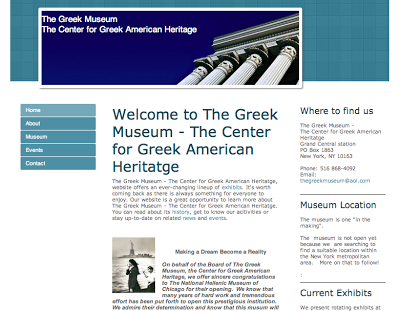 May 18, 2013
The following are excerpts from About.com article "Timeline of U.S. Immigration & Citizenship Laws" HOW DID THESE LAWS IMPACT YOUR GREEK IMMIGRANT ANCESTORS AND THEIR FAMILIES? Expatriation Act of 1907 (2 March 1907): Under this act, all women acquired their husband's nationality upon any marriage occurring after that date. This meant that U.S.-born citizen women could now lose their citizenship upon marriage to any alien. They were, however, able to regain their U.S. citizenship when said alien husbands naturalized, unless they married Chinese, Japanese, or other men racially ineligible to become naturalized citizens. Additionally, because the husband's nationality now determined that of the wife, a married woman could no longer legally file for naturalization under her own right. Children born abroad to alien parents could acquire U.S. citizenship upon the naturalization of their parents during their minority, once the minor child him or herself began
Post a Comment
Read more 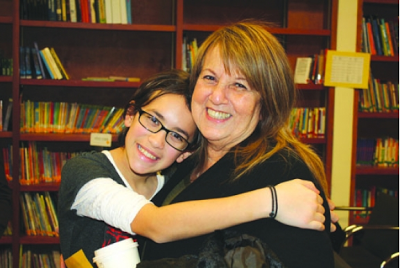 Socrates Day School 5th grader Angelina Kalamaris with her grandmother Angeline Beladakis following Angelina's heritage presentation. "The following article is reprinted with permission from The Greek Star" -   www.thegreekstar.com SCHOOL PROJECT CONNECTS STUDENTS WITH THEIR HERITAGE Last month fifth grade students at the Socrates Day School at the Hellenic American Academy (HAA) delivered "A Celebration of Life,: the culmination of a month-long project in which students learned about their heritage through original research while developing valuable written, visual and spoken communication skills. Immigration stories were the most common theme among the presentations.  "Many of our students' families have overcome great adversity to arrive where they are today," said fifth grade teacher Mary Giannetos, "but families do not always find the forum to share these stories with their children and grandchildren.  The Hellenic American Academy
Post a Comment
Read more 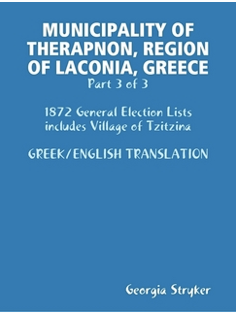 PART 3 - NOW AVAILABLE ! MUNICIPALITY OF THERAPNON ----- The digital collections of the Greek State Archives offer a wealth of information to those of us interested in Greek genealogy.  Included are the " 1872 General Election Lists" for the Municipality of Therapnon - Part 3 of 3 Each row includes:  Line # - Given Name, Surname - Age - Father's Name - Occupation. This is a GREAT resource , but very difficult to navigate for those who do not read Greek.   I have translated these records into English for your reference.   Follow the Lulu link below to view a FREE preview.  Ebook available for download in PDF format  ------------------ You may also be interested in other ebook translations at   GEORGIA'S GREEK GENEALOGY STORE
Post a Comment
Read more

GREEK CULTURE HAS A NEW HOME IN MIDTOWN - Detroit, Michigan 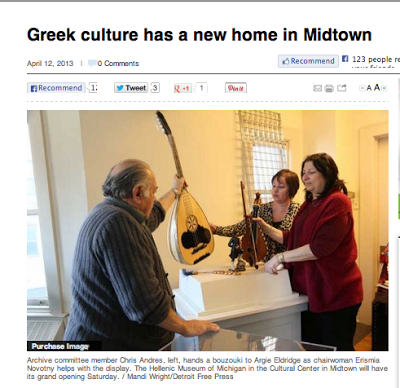 GREEK CULTURE HAS A NEW HOME IN MIDTOWN - Detroit, Michigan Article printed in the Detroit Free Press, April 12, 2013 - by staff writer Christine Hall " For Karla Scherer, the new Hellenic Museum of Michigan -- opening Saturday in Midtown Detroit's Cultural Center with an exhibit about the history of Greektown -- is "just serendipity." The museum -- which celebrates Greek history and culture in the region and state -- is in her grandparents' historic home, the Scherer House on Kirby Street, where in the basement her father invented the machine for the manufacture of soft gelatin capsules. The museum's mission also holds a special place because her late husband, Michigan Supreme Court Justice Theodore Souris, was the state's only Greek-American justice. "It's wonderful how the circle completed itself," said the 76-year-old, fourth-generation Detroiter who now lives in Chicago. "In a city in which so many things
Post a Comment
Read more
More posts