Showing posts from April, 2012
Show all

Published in the Chicago Daily Tribune, December 7, 1899 REALISM AT HULL HOUSE ----- Audience Yells at Sham Knockout in Homeric Play ----- Chicago Greeks Produce "The Return of Odysseus" with Such a Spirit the Audience Gasps and Applauds - Climax is the Boxing Match - Will Be Given Tonight and Tomorrow - Kissing Poster Causes More Talk at Evanston About Student Drama. Chicago Greeks reproduced scenes from ancient Hellenic life last night at Hull House.  And they threw into the performance a realism that brought the audience to its feet with cheers.  The climax came in the scene where two Phaeacian nobles box before Odysseus.  Both were cestl and the exhibition drew yells of applause from the audience.  It was as spirited as a six-round bout at Tattersall's and when the six-foot Phaeacian went down and took ten seconds the audience gasped, so real was the apparent knockout.  Not till the actor reappeared in the next scene could many belie
Post a Comment
Read more 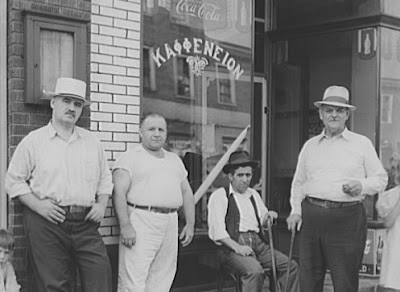 Published in the Chicago Daily Tribune, January 29, 1898 TROUBLE IN GREEK COLONY. ----- Factional War Breaks Out in the Twelfth Street and Wabash Avenue Settlement Difference of opinion as to the organization of a secret society is said to have caused members of the Greek colony at Twelfth street and Wabash avenue to form themselves into two factions and declare war. The trouble began several weeks ago, and after numerous fluctuations was renewed yesterday afternoon with such vigor that after, it is said, blows had been struck and several Greeks of one faction had been pursued by rivals with hatchets and clubs, three of the more unruly colonists were arrested and locked up at the central station charged with making threats to kill.  The prisoners are John Economon, Saranto Economon, and Peter Zeferen.  They were arrested on warrants sworn out by "Tom" Baryames.  John Economon is said to be the recognized leader of one faction, while Baryames is at the head
Post a Comment
Read more 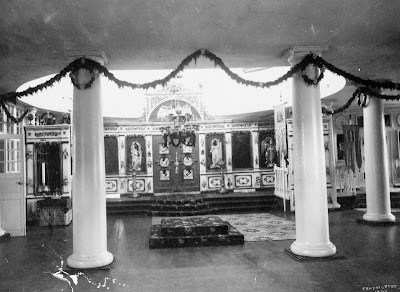 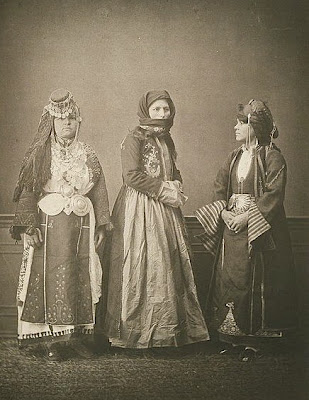 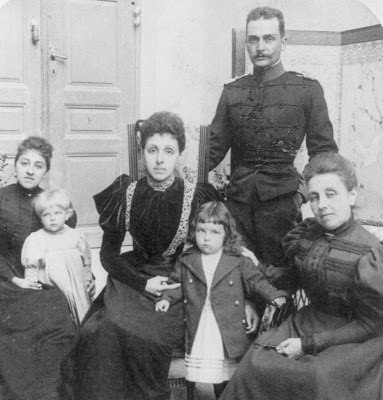 Published in the Chicago Daily Tribune, October 18, 1897 GREEK CHURCH IS DEDICATED ----- Orthodox Denomination Formally  Opens Its New Edifice at 34 Johnson Street ----- The only Greek orthodox church in the United States which is owned solely by the Greeks was formally dedicated and opened yesterday morning by the pastor, Father Theo. Constantine, at 34 Johnson street, this property having been recently purchased by the union.  The chancel was elaborately decorated.  This church has a membership of over 700, and numbers among its parishioners some of the wealthiest and most influencial of the Greeks of the city.  The pastor, Father Constantine, was for years a chaplain in the Grecian army and has but recently arrived.  He will reside near the church as soon as arrangements can be completed.  He is at present with friends on the North Side.  Public services will probably be held next Sunday.
Post a Comment
Read more

Published in the Chicago Daily Tribune, September 13, 1897 POLICE GUARD A CHURCH ----- Pastorage of the Greek Congregation Unchanged. ----- Presence of the Officers Prevents the Friends of the Rev. Father Theodore  Papaconstantine from Ousting the Rev. Father Peter Phiambolis - Difficulty to Be Referred to the Metropolitan of Athens - Rival Organization Threatened. ----- The faction of the congregation of the Greek Church, 191 Kinzie street, who are trying to supplant the Rev. Father Peter Phiambolis and install the Rev. Father Theodore Papaconstantine in his place did not make the threatened attempt to seize the church at the morning service yesterday.  The announcement that there would be policemen present to suppress any outbreak had the desired effect, as Father Papaconstantine and his friends did not come near the place. When seen later in the day Father Papaconstantine said he was desirous of avoiding trouble and would refer the whole matter
1 comment
Read more

Published in the Chicago Daily Tribune, September 12, 1897 POLICE IN A CHURCH ----- Squad Today Will Settle the Quarrel of the Greeks. ----- TWO PRIESTS;  ONE FLOCK ----- Father Phiambolis Wants to Keep His Place as Pastor. ----- PAPACONSTANTINE ON HAND. ----- Board of Trustees Will Be Asked to Pick the Leader. ----- TURKISH WAR THE FIRST CAUSE. ----- Lieutenant T. H. Seery of the East Chicago Avenue Police Station with ten policemen will attend services this morning at the Greek Catholic Church, 1?1 Kinzie street.  Force of arms will be employed if necessary to keep the warrying factions apart , for Lieutenant Seery received instructions from Assistant Chief of Police Lyman Lewis and Inspector Schaack to settle any trouble that may develop.  If any attempt is made to secure possession of the church in opposition to the majority of the Board of Trustees of the Greek community there may be bloodshed. The trouble dates back to the sending of
Post a Comment
Read more
More posts