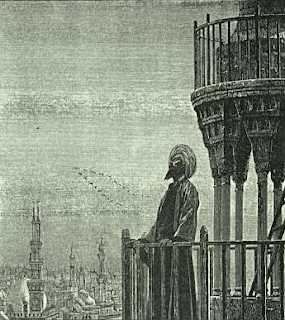 Available as a FREE Google ebook

“The Greek Islands and Turkey After the War”
by Henry Field ; Published by Charles Scribner’s Sons, New York - 1885

I. The Island of Cyprus

II. Along the Shores of Asia Minor.  Historical and Sacred Associations.  Alexander the Great and St. Paul

III. The Greek Archipelago.  Rhodes, Patmos, and Scio.  The Iliad of Homer and the Revelation of St. John

IV. Smyrna.  The Bay next to that of Naples.  Reminiscence of the Plaque.  Sir Charles Wilson.  The Old Castle.  Scene of the Martyrdom of Polycarp.  Visit to Ephesus

VI. Constantinople Revisited.  Changes in Six Years and a Half.  Among old Friends.  Visit to the Bazaars.  Varied Experiences of a Day

VII. St. Sophia and the Seraglio.  Forgery at the Ottoman Bank.  Excursion to the Princes Islands.  At the English Embassy.  Lord Dufferin

VIII. Americans in Constantinople.  The Western Turkey Mission:  Its Influence in Asiatic Turkey.  At the German Embassy.  Here Von Hirschfield

IX. American Institutions:  The Church, The School, and The College.  The Home at Scutari and Robert College.  English Soldiers and American Missionaries.

XI. The Last of the Sultans

XIII. How Deliverance Came.  The Story of the Massacres

XIV. The Story of the War

XV. The Kingdom of Roumania.  Up the Danube