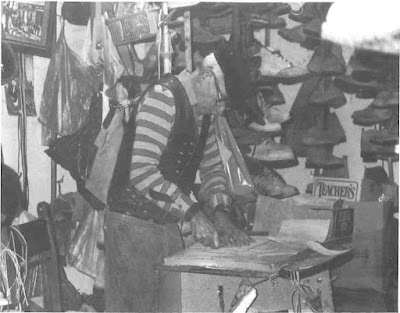 CRETAN LEATHER by Ann Elder, published in The Athenian, December 1, 1992 " The tourist explosion based on charter flight holidaymaking in western Crete in the last decade is significantly prolonging the life of the traditional Cretan leather industry. Custom-made boots and shoes and handmade sandals, bags and belts from vaketta (treated leather), tanned with natural, environment-friendly products are now being carried or walked on throughout the world by customers who have patronized of Chania’s Carnaby Street – Stivanadika, or Leather Lane. “European women love my Cleopatra sandals,” says extrovert Lefteris Pirpinakis, a master craftsman married to a Frenchwoman. Enjoying the stimulation of summer visitor traffic, he no longer has to burn the midnight oil as he did when an apprentice, sometimes working till dawn to finish orders on time. He produces stylish boots for women, working and riding boots, made-to-measure in a week. The dethroned (but still well-shod) king of Greece i
Post a Comment
Read more

"Hellenism in Romania" article published in The Athenian - 1992 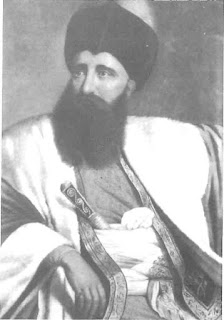 Hospotar Michael Soutsos, last Greek Prince of Moldavia Hellenism in Romania, Romania has always hosted an active and prosperous Greek community, one that has served as a bridge between Athens and Bucharest -   article published in The Athenian by Deborah Renee Killian, December 1, 1992. " It was the summer of 1949. The eight-year-old boy found himself being herded across the Greek-Albanian borders along with hundreds of other children, as the remnants of the defeated Greek communist armies in the civil war fled behind the Iron Curtain. His younger sister, only six months old at the time, died in his arms. Young Sotiris Fotopoulos was soon sent on from Albania to Romania, ending up as one of the exiled members of the Greek community there. Ultimately, Fotopoulos was to become today’s President of the Union of Greeks of Romania, thereby following in the tradition of a community that has played a key role in the progress of this Central European nation." Read the entire artic
Post a Comment
Read more 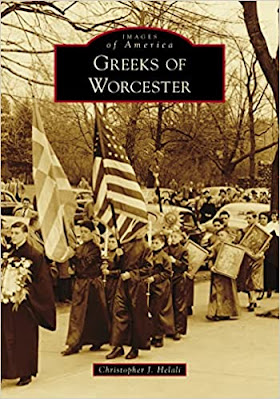 425 names listed from the book "Greeks of Worcester" Images of America Series, by Christopher J. Helali, published in 2022 by Arcadia Publishing. This book includes 224 photographs. Half a century after declaring its independence from the Ottoman Empire in 1821, Greece was an impoverished nation-state ruled by a Danish prince. By the end of the 19th century, the people of Greece were emigrating to escape war, political strife, and poverty. Greeks started arriving in Worcester in the 1890s, mainly from the Peloponnesus, with subsequent arrivals coming from Northern Greece in the early 20th century. With the official establishment of a Greek Orthodox community (later named after St. Spyridon) in Worcester in 1914, Greeks built robust religious, civic, fraternal, and philanthropic organizations in the city. They went on to establish themselves as leaders in business, education, law, and politics. Greeks of Worcester celebrates the rich history of this community through images,
Post a Comment
Read more 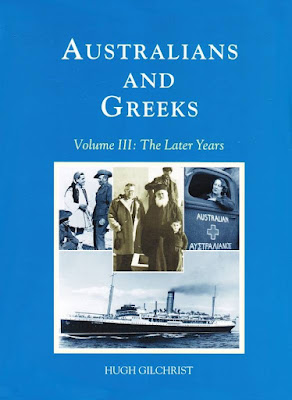