Showing posts from July, 2013
Show all

I just ran across this article and know many of you will be very interested. Published in The New York Times, April 13, 1996 - by Raymond Bonner TALES OF STOLEN BABIES AND LOST IDENTITIES;  A GREEK SCANDAL ECHOES IN NEW YORK The baby girl, swaddled in rags, was abandoned on the steps of an orphanage in Patras, Greece, with a simple note giving her name (Maria Ioannou), date of birth (Aug. 15, 1955) and a plea that she be fed. At least that is what official papers say, papers that allowed her to be adopted by a family in Holliswood. Queens.  She arrived at Idlewild Airport aboard Swissair Flight 850 at 9:15 a.m. on Dec. 28, 1955. Forty years later, Maxine Deller -- she has used that name since her adoption -- says she believes that much of her official past is a lie.  Ms. Deller, a car saleswoman in Queens, is convinced that her natural mother is still alive, that she has brothers and sisters in Greece, and that she was not abandoned at all but was illegally adopt
5 comments
Read more

Archaic Greek in a Modern World

July 11, 2013
This is a video produced by Cambridge University about an endangered Greek dialect spoken in north-eastern Turkey.  Dr. Ioanna Sitaridou states that there are only 5000 speakers left. Note:  This video was brought to my attention by Kosta Dalageorgas through the MGSA mail list.
Post a Comment
Read more

Kelly Clarkson Tracks GREEK HERITAGE in "Who Do You Think You Are?" 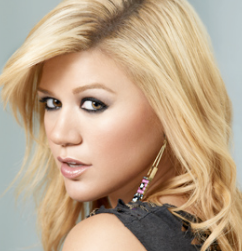 This was brought to my attention by Eastman's Online Genealogy Newsletter Television show will air in the U.S. on July 23, 2013. The U.S. version of the  Who Do You Think You Are?  television program will feature songstress Kelly Clarkson on one its upcoming episodes. Clarkson's ancestry is a mix of Greek, German, and Irish. However, she considers herself to be "mostly Greek" and she even speaks the language fluently. Most of the shows feature the guest celebrity returning to their ancestral homeland so it should be interesting watching her speak Greek, assuming she does visit Greece. Read entire article and watch video clip .......
Post a Comment
Read more
More posts