The Spooky Village of Vathi is Haunting (Greece) 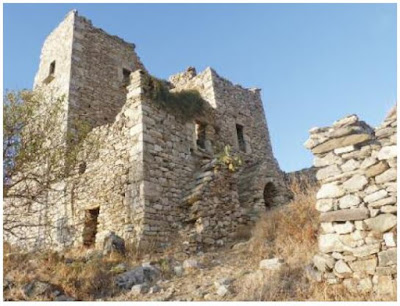 THE SPOOKY VILLAGE OF VATHI IS HAUNTING

published in The National Herald
December 7, 2019

Atop a hill not far from the sea in the Mani region of the Peloponnese sits the mostly abandoned stone village of Vathi, also known as Vathia, and a place that can have you looking over your shoulder for ghosts as you walk through the ruins of what once was.

This is an area – it’s said in Greece you don’t mess with Cretans or Maniates, known for their toughness – where you can almost hear the phantoms of the past in the wind that bounces off the stone walls of empty buildings, some still holding decaying furniture and appliances. 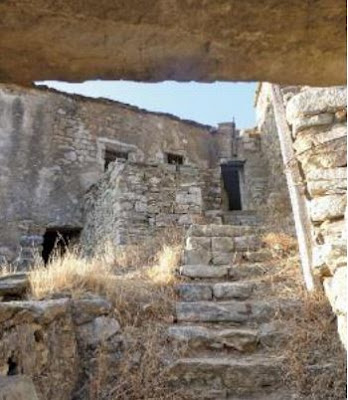 The last census in 2011 said there were 33 people living there, evident in a few places that had been renovated, and there’s a small café for tourists who walk gingerly past the broken rocks, looking in the hollows, the windows gone, as if there were wraiths inside. 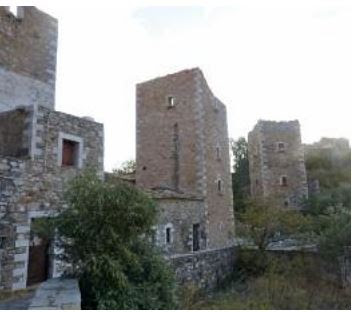 There was an attempt in the 1980s to fix it up a bit to draw tourists with hotels and other amenities but it didn’t take, people perhaps feeling the uneasiness in the air and a place you don’t want to be in after dark. Atlas Obscura said the village’s condition is eerie indeed, noting a small town square shaded by towers and home to a small church. 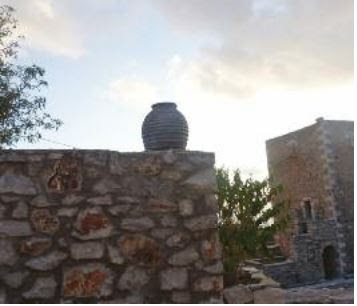 “In the back room of an abandoned taverna, crates of soda sit slowly moldering into dust. You can explore freely through these abandoned structures and through the town itself, whose streets quickly narrow into overgrown stone stairs and slopes as you climb the rise of the hill.” 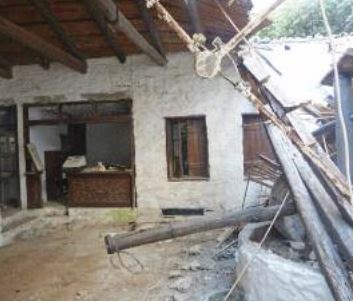 There’s one long-abandoned home where, from a short distance behind a stone overhang, you can uneasily peer into an empty room holding a single aging chair, imagining a spook suddenly sitting in it. Run. 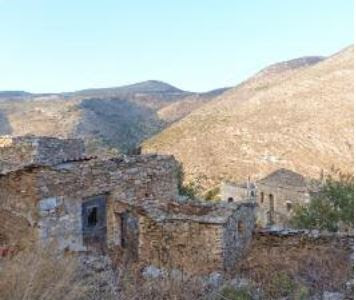 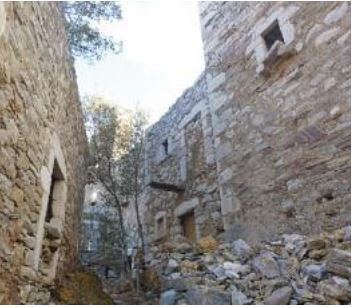