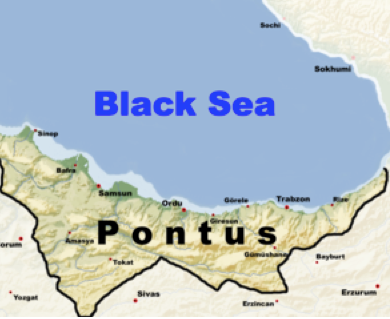 "Ancient Greek Dialect in Black Sea - Related to Days of Socrates and Plato" published in Hellas Frappe on Oct. 12, 2012.


An isolated community near the Black Sea coast in a remote part of north-eastern Turkey has been found to speak a Greek dialect that is remarkably close to the extinct language of ancient Greece. As few as 5,000 people speak the dialect but linguists believe that it is the closest, living language to ancient Greek and could provide an unprecedented insight into the language of Socrates and Plato and how it evolved.

The community lives in a cluster of villages near the Turkish city of Trabzon in what was once the ancient region of Pontus, a Greek colony that Jason and the Argonauts are supposed to have visited on their epic journey from Thessaly to recover the Golden Fleece from the land of Colchis (present-day Georgia). Pontus was also supposed to be the kingdom of the mythical Amazons, a fierce tribe of women who cut off their right breasts in order to handle their bows better in battle.

Linguists found that the dialect, Romeyka, a variety of Pontic Greek, has structural similarities to ancient Greek that are not observed in other forms of the language spoken today. Romeyka's vocabulary also has parallels with the ancient language.