Reflections on Greeks & Restaurants: Lessons in Life and Business 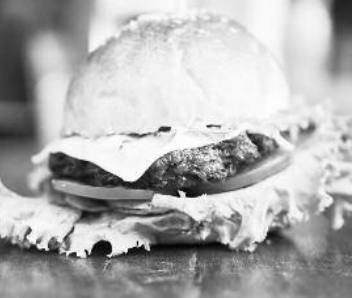 Reflections on Greeks & Restaurants:
Lessons in Life and Business

Published in The National Herald, December 15, 2018

Growing up in my father’s parish on Chicago’s South Side, I recall a disproportionate number of his parishioners owning restaurants, cafeterias and lunchrooms. My parents, siblings, and I often ate in them. They had distinctively American names such as Majestic, Cosmopolitan, New World but there were also homages to Greece such as Acropolis and Parthenon.

There was an early period when the quality of meals in Greek restaurants was mocked.

The other day I wandered in where angels fear to tread. I mean the greasy spoon where hungry gents are fed, Where spuds is spuds, and ham is ham what am.

And the pork in the chicken salad is honest-to-goodness lamb.

As the quality of food improved, the mocking ceased.

As I grew older I would be asked by friends of other ethnicities why so many Greeks chose the restaurant business. There may be several explanations but I’ll share one.

At the beginning of the last century, coal mines flourished in the United States in Utah and Colorado and miners were needed. Labor agents traveled to Greece as well as other countries to conscript young men from the villages to work in the mines. The men often signed punitive labor contracts that indentured them for years, but there wasn’t any future for them if they remained in the villages.

In the mining communities, the men had to cook for themselves. Some of them proved more skilled at preparing food and since cooking was easier and less dangerous than mining, they started short order lunchrooms in abandoned shacks and empty freight cars.

As men left the coalfields and moved to cities to open restaurants, they brought relatives from Greece to work with them. Often starting as dishwashers, the newcomers eventually opened cafes and restaurants of their own. Eateries operated by Greeks proliferated across the country.

Most restaurants we inspected were too expensive for our limited funds until we found a small four-table, eight-stool diner in a factory district and adjoining the Illinois Central railroad yards.

The wooden lunchroom sign hanging above the front door, paint peeled away, which had been, Art’s Lunch now read “A t ’s Lu ch.”

There had been four owners since Art’s opened in the early1920s, but apparently none of them had any inclination or the money to repair or replace the sign. So, until the lunchroom’s closing which took place during our ownership, the sign remained “A t’s Luch.”

In addition to tables and stools, the dining area held a large metal coffee urn on a counter that brewed fresh coffee all day long. There was a fivetier pie case with glass so dingy one couldn’t distinguish between pumpkin and lemon cream pie. On one wall was a large watercolor painting, an early customer had made of Art, a florid-cheeked man resembling Jackie Gleason.

The kitchen of the restaurant seemed to belong in an earlier century. There was an old eightdoor wooden icebox with separate compartments for chunks of ice. One of the doors had a broken lock that no one bothered to fix, so it hung uselessly on one hinge.

There was also a massive coal-burning iron stove that had to be supplied with coal day and night.

The custodian of the kitchen, diligently maintaining the icebox and stove, scouring the pots and washing the dishes was George, an age-battered black man who, at the age of sixteen, served as a bugler in the Spanish-American War.

George slept on a cot in an alcove back of the kitchen. He spoke of his responsibility tending the kitchen as if it were an estate he had been bequeathed and had to maintain.

Our chef was named Gay, when gay still meant “merry.” Belying his name, Gay was morose and unsmiling. He prepared breakfast, lunch and dinner with the stub of a dead cigar clenched between his teeth.

We also employed a solitary waitress whose name was Maude, who had begun working in restaurants as a girl of twelve, washing dishes in a diner in Mobile, Alabama, Maude was quick and tough, taking the teasing from truckers and railroad workers and robustly ribbing them back.

For the following year, struggling to stay afloat, Charley and I tottered between catastrophe and disaster. Our inexperience in buying meat and produce, our ignorance on how to utilize leftovers and, finally, our inability to set a menu suitable for factory and railroad yard trade were burdens we couldn’t overcome.

We tried desperately to survive. Jumping the gun on McDonald’s and Burger King, we devised an item we called “Burger-in-a-Basket.” That consisted of a small wicker basket holding a large patty burger, a generous serving of french fries and a soft drink for a little less than a dollar. The burgers sold splendidly and we rejoiced about that small triumph, until we figured we were losing 40 cents on every burger we sold.

Desperate times called for desperate measures. A renegade meat salesman named Sam Anastis would call on us to buy his meat, which we vowed was from animals that had died a natural death. We had always scorned his product until he offered us a crate of turkeys at 15 cents a pound. Fears of having to shut down unbalanced us. We threw caution to the wind and bought the crate of turkeys. Gay boiled them for a day and most of the night. When customers complained about the noxious odor, we told them a gas main had broken.

Although the week we served the turkeys, altering the daily menu to encompass ”roast young tom turkey,” “turkey alaking, then “chicken croquettes,” the restaurant showed its first profit, anxiety that we might poison someone, clouded our pleasure.

What finally became clear was that the restaurant could barely profit one of us instead of two. My partner and I flipped a coin and I lost. Charley was able to escape, while I remained in bondage.

Regretfully, I let Gay and Maude go and brought in my wife, Diana, to help. I amended the menu to half a dozen items, soups and sandwiches and our “Burger in a Basket” after reducing the burgers to half the original amount of ground beef.

The business languished. Hours passed with customers coming in only for coffee, for which we had to walk as much as if we were serving a full meal. After closing, my wife and I crossed the long overpass at 12th Street, and rode the South Shore train to Kenwood, so cold and exhausted we had barely enough energy to climb the stairs to our second-floor studio apartment.

At the end of that first year, in despair I sold the restaurant to another Greek at a fire sale price of $250 dollars He lasted a week and then walked out, leaving beans and potatoes on the steam table.

Weary and feeling hopeless about finding another buyer, I sold the tables, chairs, dishes and silverware for a pittance. I vowed to find George another position. Then I abandoned Art’s Lunch which had long before abandoned me.

Now, decades later, recalling that painful interlude in our lives, I attempt to take what consolation I can in the life lessons learned.

The most significant lesson among the many the lunchroom experience taught me was that I would never again fail to appreciate and acknowledge the heroic labor, patience, and skill even Greeks needed to survive in the restaurant business.