Researching the Greek Communities of the World 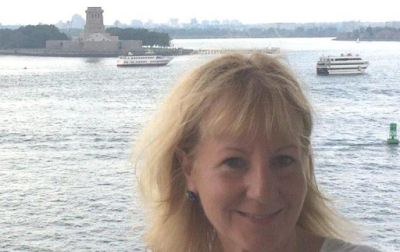 BALODIMAS-BARTOLOMEI:
RESEARCHING THE GREEK COMMUNITIES OF THE WORLD

"Chicago-born Greek American Angelyn Balodimas-Bartolomei (née Balodimas), has been fascinated with the cultural tapestry of the world since childhood, and with her Greek ancestry especially. Bartolomei’s “endless yearning” for knowledge about Greek culture has prevailed, as it did when as a young adult she moved to Greece to become fluent in the language and to become very familiar with the Greek people and their country.  She earned two undergraduate degrees in Greece—one in Greek studies and the other in Greek pedagogy.

As she travels around the world writing, photographing and researching for her ethnographical studies on various ethnic groups around the globe, several of which have been published and presented at various conferences, one of the first things Bartolomei does is search phone directories and online resources for Greek churches, restaurants, schools, and individuals with Greek surnames then researches. As she is very energetic, enthusiastic, interested, and great at communicating, this can best be described as getting into the groove.

Over mezé in a Greek restaurant in New York, Bartolomei, who is Professor and Coordinator of ESL/Bilingual/MALLC Programs at North Park University in Chicago, talked about the latest product of her passion for things Greek: her new book in progress, Greek Communities of the World, to be completed during her Spring Semester 2017 sabbatical leave.  The book focuses on the demography and history of the people while also providing information on their religious, community and cultural lives."

READ THE ENTIRE ARTICLE AND INTERVIEW