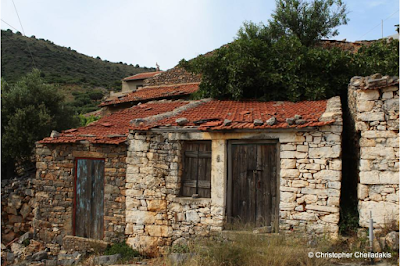 During the Venetian era, according to oral tradition, there were three rich nobles from Sitia that  moved to the west end of Lasithi, in the province of Mirabello. They founded three small villages, one for each of them. Noble named Fiorentzis built the current settlement of Fioretzides by Lakonia. Demetzos (De Metzo) founded the village Agia Pelagia. Katrinis built Lousestro.
Lousestro or otherwise Agios Ioannis gets its name after the hill Loutsi near the village which is taken after the Latin lux, meaning light. Lousestro belongs to the former community of Limnes and is currently almost deserted with only two elderly residents. Almost all villagers were named Katrinis after their founder. The second name, St. John comes from the village temple dedicated to St John Chrysostom. Shortly after the temple at the entrance of the village we meet one of very common cisterns of the area of Pano Mirabello for storing rainwater. In the same area we find a series of impressive old stone threshing floors kept in excellent condition.
The village today is home to mostly dilapidated and crumbling stone houses. Some of the old houses fortunately in recent years have been restored by their holders who return for a weekend in the village. The village is surrounded by olive groves and is located very close to the village of Agia Pelagia.
To view photographs of the village -
https://www.cretanbeaches.com/en/tradition/architecture/abandoned-settlements-villages/lousestro 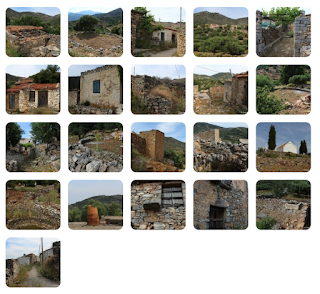