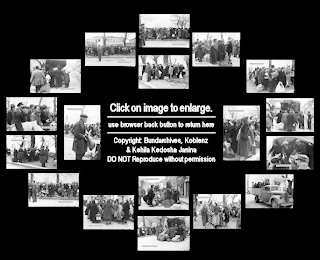 
"On March 25, 1944, the Jewish Community of Ioannina, Greece, was rounded up and deported to Auschwitz-Birkenau. Of the 1,960 deported, 1,850 would never return. They would perish in the Nazi death camps.

The Jewish presence in Ioannina was an ancient presence, according to many going back to the destruction of the Second Temple. The Jews who lived in the city were Romaniote Jews, Greek-speaking Jews who had absorbed the Hellenistic culture. At the beginning of the 20th century, many had immigrated to the United States, mostly to the Lower East Side of New York City, among them the founders of our Kehila, Kehila Kedosha Janina (the Holy Congregation of Ioannina), naming their synagogue after the city they had left behind. The community in Greece was always a poor community and the reasons for their immigration were mainly economic, to offer a better opportunity for their children.

At the beginning of World War II, the Jewish community of Ioannina numbered about 2,000. Most were small business owners. Many were poor. Families were large and patriarchal: marriages were arranged. The community was conservative in nature and religiously observant. Their daily life revolved around their synagogues and the Jewish religion. There was little upward mobility: young men automatically entered the professions of their fathers, almost none continuing their education after high school. Young women ended their education even earlier and remained at home until married, with only a handful actually working outside of the house, usually in domestic occupations, such as seamstress.

In 2003, we were fortunate to acquire archival material from the Jewish Community of Ioannina, including the complete list of those lost in the Holocaust. The timing was almost prophetic as we approached the 60th anniversary of the destruction of the community. Listed were not only the names and ages, but often the professions of those lost. The decision was made to publish a memorial book and as much information as we had on the small Jewish Community of Ioannina. When available, additional material has been added from the Community Archives. Everything possibly has been done to assure accuracy and as broad a picture of the community as possible."