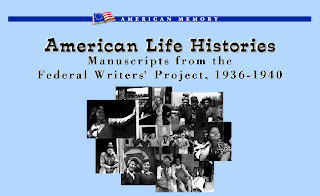 "That may sound what you call 'far-fetched' to people over here," George continued," but they believe it will happen unless somebody stops Hitler. The Germans and Greek hat each other. Greece can't stop Germany by herself. Italy don't like Greece. Roumania don't like Greece. And you know from history what the Turks think about Greece. The Greek's best friends are the English and the Americans. They might help out if the Greeks get in danger, but there is no promise of help. That's why they worry so much."
If a stranger went into George's restaurant today, he would probably find him in the kitchen, supervising the cooking. During the morning he busies himself in the kitchen and making the necessary purchases of food. At noon, he comes out of the kitchen in a clean white uniform and a round white cap to talk with his customers. At two o'clock in the afternoon, he leaves his restaurant to take his "siesta."
"In Greece," George said, "everybody stops work from twelve till two. It is why you folks say is an old Spanish custom. I have to take mine from two till four. I spend that time in resting and reading. The hours I like most are at night. I go back to work at seven and work till nine. People are through with their work and in no big hurry. They like to sit around and talk, and that suits me fine. I talk too much, I know, because I learn more from listening than from talking."
About nine o'clock, George turns over in restaurant to the night shift. The he invariably goes to his room and reads, retiring, he says, about eleven o'clock each night with his alarm clock set at seven the next morning.
"George," I asked him, "I have always heard the expression that "The Greeks had a word for it.' Do you know the origin of that saying?"
"I don't, Bob," George laughingly replied, "but I can tell you this. As for me, and for thousands of other Greeks who are happy here, I'd say that that word is 'The United States.'"
Diaspora - U.S. - South Carolina oral interviews