Book "America, The Land of My Dreams - The Odyssey of a Greek Immigrant" by Steffanides - 1974 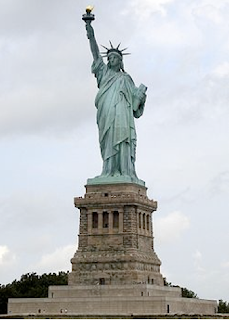 The book "America The Land Of My Dreams - The Odyssey of a Greek Immigrant" by George F. Steffanides was printed in 1974 by The College Press, Lancaster, Massachusetts.


Below you will find Names Mentioned in this book, "About the Author" form the dust jacket, and the Table of Contents.  If you are interested in a copy of this book, it is available through the U.S. Inter-library loan program, you can work with your local library to obtain a copy.


NAMES MENTIONED IN THE BOOK


Professor George F. Steffanides has been teaching Biology at Fitchburg State College, Fitchburg, Massachusetts since 1960.  He was born on the isle of Lesbos, Greece, October 22, 1908, and came to America in 1920.  He graduated from Boston English High School at the top of his class in 1929 and otained the Bachelor of Science degree in Botany at the Massachusetts State College at Amherst (now the University of Massachusetts) in 1933.  After a sojourn in Greece, where he studied the culture and history of the Olive Tree, Professor Steffanides matriculated in the Graduate School of Arts and Sciences at Harvard University, obtaining the Master of Arts degree in Biology in 1935.  During the years 1936-61 he worked as a radio announcer and commentator in Boston, managed the International Importing Company of Boston, and the F. Steffanides Company of Boston, thus coming to appreciate American life in all its phases.  Prof. Steffanides went back to Harvard in 1954, and received the degree of Master of Education in Science in 1956.  Following the receipt of the M. Ed. degree, he taught at Medway High School (Biology) from 1957-60.  He became Assistant Prof. of Biology at Fitchburg Teacher's College in 1960, where he has been teaching ever since.


I.  First Glimpse of the Promised Land


IV.  The Ravages of War


VII.  On the Trail of Columbus


IX.  Jumping Out of the Melting Pot


X.  Back Into the Melting Pot


XII.  Up and Down the Ghetto Strip


XX.  The Conflict of Ideas


XXI.  Bridging the Gap Between Science and The Humanities


XXII.  The Pursuit of Learning


XXIV.  Echoes of Bigotry and Discrimination


XXV.  The Student Becomes A Teacher


XXVIII.  The Return of the Native


XXIX.  Life in the City of Wisdom


XXXII.  Trials of the Depression


XXXIV.  Te Search for a Livelihood


XXXVI.  The Struggle to Establish a Business


XXXVII.  Who Are The Modern Greeks?


XXXCIII.  The Struggle for Survival Continues


XLII.  As The War Clouds Begin to Lift


XLIV.  Trials of a Teacher


XLV.  Phasing Out A Family Business


XLVIII.  The Roots of Our Culture


L.  The Need for General Education


LII.  The Goals of General Education


LIV.  Why General Education Has Not Succeeded


LV.  The Power of Our Communications Media


LIX.  Why Pollute the Land of the Gods?


LX.  Survival of Hellenism in America


LXI.  America and Our World Heritage


LXIII.  The Future of America