Research on Asia Minor Ancestry in the Greek National Archives 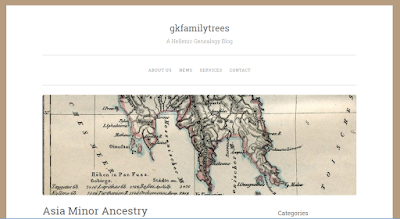 Published in gkfamilytrees.com on February 23, 2017 by our friend Gregory Kontos

Spent these last two mornings at the General State Archives of Athens searching through the Archive of the Evaluative Commissions of “Exchangeables”. I had recently heard that this archive is helpful to those searching their Asia Minor ancestry… and indeed, it proved it is!
We would have never imagined that this not very well known archive would give us so much information on the Spinos & Haratsis families of Alatsata, a town near Smyrna!
Alatsata was a flourishing town in the 19th and early 20th century, inhabited almost solely by Greeks! Flourishing… until the Catastrophe! In 1922 its population abandoned the land hastily and fled to Greece to be rescued from the Turkish hordes. The Spinos and Haratsis families were among those who fled to Samos and Athens. . . .
READ THE ENTIRE ARTICLE - https://gkfamilytrees.wordpress.com/2017/02/23/asia-minor-ancestry/