Greek Soldiers of WWII Are Still in Mass Graves in Albania 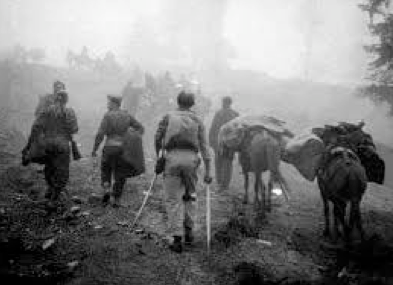 Our world is full of smart phones, the latest technology and what not, yet we still have not taken care of the basics! The General Secretary for Transparency and honorary president of the association of relatives of soldiers killed on the battlefield, Mr. George Sourlas apparently attended events commemorating the October 28 national anniversary in neighboring Albania earlier this week. While there, he underlined that "we are marking yet another anniversary of the 1940-41 epic while patriots who fell while fighting in northern Epirus during the Greek-Italian war remain unburied or temporary buried for 73 years now".
According to Sourlas at least 1,400 soldiers are still buried in mass graves in the area of Permet (Premeti) as well as a further 400 in Kelcyre (Klisoura) with their bones scattered on the battlefields.