Both the Said and Unsaid: A Look at the Tragic Life of George Goumas 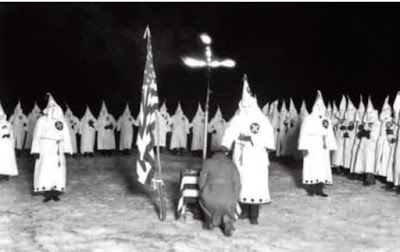 BOTH THE SAID AND UNSAID:
A LOOK AT THE TRAGIC LIFE OF GEORGE GOUMAS

George Goumas is one of the most tragic figures in Greek-American history. A war hero of the first order, Goumas was ultimately destroyed by the community he so valiantly defended. The criminals who unrelentingly pursued Goumas remain unpunished – although they were widely recognized citizens of their community---and whose identities are well known to this very day. Community leaders still cannot publicly name these persons.

Some local citizens seem to want to name names, but the “old ways” still keep everyone silent. The heroic life and utter betrayal of George Goumas can serve not only to enlighten us on a long-neglected GreekAmerican hero but also to an enduring problem in American public discourse.

On October 15, 1891, George Goumas was born in Greece. By at least 1905, young Goumas immigrated to North America, settling in Marietta, GA around 1910. Upon his arrival, Goumas opened a restaurant next door to the Cobb County courthouse. In 1914, Goumas sold that establishment to open the Kennesaw Meat Market at 29 North Side Square, the very center of Marietta. A year earlier in 1913, Goumas had become a naturalized U.S. citizen.

In 1917, Goumas joined the U.S. Army which was then gearing up for WWI. He was a signal man who installed telephone lines for forward observers who targeted artillery and provided "eyes on" intelligence of German troop movements. Here is how the Distinguished Service Cross (US Army Decorations 1862- 1926) manual recounts Goumas’ actions, on October 21, 1918, near Fleville, France:

“Private first class, Company B, 307th Field Signal Battalion, 82nd Division. This soldier was in a relay station which was struck by a shell, wounding him and five others. After assisting the other wounded men to a truck nearby, he returned through the falling shells to the relay station and assisted another soldier in repairing the wires which had been cut, remaining at his post until he had made sure that the lines were in good condition and he was ordered to come in by his commanding officer."

Goumas was awarded not only the Distinguished Service Cross but three other decorations: the Croix de Guerre with palm (the French Medal of Honor), the American Legion's Medal of Honor, and the Purple Heart. Upon his return Goumas, was the most decorated and well-known veteran of not just Marietta but all of Cobb County.

Goumas returned to a hero's welcome in Marietta, gaining membership in the local chapters of the American Legion and the Masonic Lodge, then quite socially exclusive organizations.

From his return in 1919, as reported in any number of local news accounts, Goumas was conspicuously included in a host of local civic events as a hero of the recent war. For his part, the unassuming Goumas reopened his meat market. All went well for the young hometown hero until 1923.

On April 1, 1923, George Goumas married Emma Stell, whom the Marietta Journal described as “a young lady of attractive personal appearance and sweet and refined manner… For a number of years she has rendered efficient service as an operator in the local telephone exchange (April 1, 1923).” And here we enter not only the most tragic period of Goumas’ life but the one where the actual events are intentionally kept from public view.

In 2010, Judge James F. Morris’ article “Rule of Law Doesn’t Just Happen” appeared in the Georgia Bar Journal (October, Volume 16 No 2: 24-29) where we first learn that Goumas “was a great American hero-until he started dating a white, AngloSaxon telephone operator named Emma Stell…Goumas defied their threats of retribution if he did not break off the relationship with Emma; he married her in 1923, and they soon had two lovely children.”

Morris goes on to report, “the KKK boycotted Goumas’ meat market and enough of the community supported the effort that, with the complications of the Great Depression, Goumas was bankrupt by 1931.” While three endnotes accompany Morris’ article, no citation is given for how the Judge knows the Ku Klux Klan threatened and then boycotted Goumas. I have not found one newspaper account from the 1920s or 1930s that mentions the KKK attacking or pressuring Goumas in any fashion.

Then, an account dated January 9, 2011 appeared, by Bill Kinney in the Marietta Daily Journal: “The Goumas trial is back in focus after 80 years.” Kinney (1925-2016) was a journalist for 75 years who authored for four decades the Journal’s “Around Town” column. An associate editor for the Journal, Kinney was respectfully known as the “Encyclopedia of Cobb County.”

Kinney’s account of Goumas is a mix of a synopsis of Judge Morris’ article and his own take on the Goumas’ trial. Kinney again mentions the KKK but again in a very odd elliptical manner. But what trial?

In June 1931, Goumas was stopped while driving by Cobb County Sheriff because the vehicle was similar to one reported as stolen from Forrester Ford in Marietta. The sheriff let Goumas drive off on the condition the Greek worked out this issue. Over the next three days, Goumas repeatedly visited the car dealership offices. On the third day, after Goumas was said to have been drinking, he walked up to Doyle Butler the dealership’s general manager and shot him twice, once in the gut and once in the back. Goumas was arrested but instead of being taken to the Marietta jail he was whisked away to Fulton Tower, the impregnable Fulton County Jail across the county line. In 1915, the residents of Marietta had lynched a local Jewish resident, Leo Frank, found guilty of murdering a white woman. Clearly, local officials were conscious of the possibility that Goumas might be lynched.

A change of venue was immediately filed, claiming Goumas could not get a fair trial in Marietta or anywhere in Cobb County. The motion was denied. The trial was scheduled for November 1931. To the local officials’ credit, it was acknowledged that Goumas needed local legal representation rather than the Atlanta lawyer who had worked on his behalf to that point. Not having Marietta lawyers, as Judge Morris would later note, would have been "a tremendous cultural liability" for Goumas.

Two local and very young lawyers, L.M. "Rip" Blair and Sam Welsch, were called upon and accepted the responsibility. When the trial started, the state had voluminous evidence and witnesses in its favor. Morris writes, "the defense consisted only of a well-told, unsworn statement delivered by Goumas, describing his life, his war actions, his blackouts from shell shock and his sincere regret at killing his friend...Goumas blamed his actions on the blackout, but his motivations were widely believed to be a response an auto-theft allegation."

Post-Traumatic Stress Syndrome (PTSS) was not understood until after the Vietnam War so this out-of-hand dismissal of Goumas’ claims to blackouts is understandable, given the times.

Then, Morris notes “it is interesting that Goumas never mentioned having been harassed by the KKK. [It] must have been tactically excluded in consideration of the likely sympathies of some on the jury," Morris speculated. “The prosecutors argued that Goumas had never sought treatment for war injuries and had made up the shell-shockstory in an attempt to save his skin. Blair, on the other hand, played up Goumas' wartime heroism, flaunting his medals before the jury.”

Blair then promised “that Goumas, if given mercy, would not appeal and would never seek clemency; he would appreciatively serve out his life sentence to atone for the wrong he had committed." Blair's appeal worked. After just four hours of deliberations the jury found Goumas guilty, but recommended life in prison, not the death penalty.

By 1936 and again in 1941, various Ahepan chapters along with Greek communities in Georgia and elsewhere applied for clemency on Goumas’ behalf. All to no avail. Finally, on September 13, 1945, Goumas was granted parole.

Goumas settled in Thomasville GA and went on to become an honored member of the American Legion post there, ran several small businesses and apparently lived a quiet life until his death on July 3, 1960. George Goumas is buried in the Barrancas National Cemetery in Pensacola.

Bill Kinney wrote that “the George Goumas murder trial was one of Cobb County's most notorious…even though it's just about been forgotten.” The “most notorious” aspect to this entire story is that neither Judge Morris nor the “Encyclopedia of Cobb County” Bill Kinney provided any specific detail about the role of the local Marietta Ku Klux Klan in the life of George Goumas. Yes, they say it was because Goumas married a white woman and that the Klan spearheaded a boycott of this Greek’s store. But, notably, they identified no one at the time as being in the KKK.

Today, in the Marietta Museum of History, a plaque dedicated to Goumas’ war record. Why must Goumas’ ultimate fate be one of disgrace while those who persecuted him continue to remain anonymous?