John the Greek in the Wild West 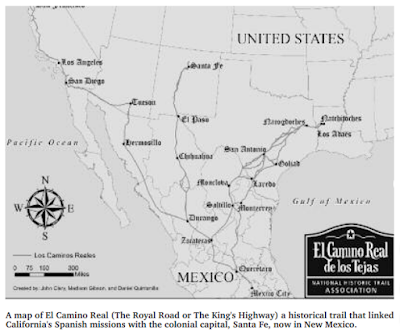 JOHN THE GREEK IN THE WILD WEST

Earlier this year, my koumbaro and dear friend Angelo K. Tsakopoulos drove me to Duke’s Diner in Olivehurst, CA, about 35 miles north of the state capital region of Sacramento where Angelo has achieved so much in shaping over the past half century. We stopped for a 6:30 AM breakfast en route to a tour of Angelo’s growing complex of walnut orchards in one of the most beautiful farm regions in the country.

We sat down for an eye-popping breakfast of eggs, corned beef hash, grits and fresh-baked biscuits seeping with thick, creamy gravy. But even more enticing than the sumptuous meal before us was the story that was shared by the restaurant’s proprietor, Mary Jane Griego. It turns out she is the descendant of one of the first Greeks to ever cross the Rio Grande and set foot in California.

Juan Griego was born in Iraklion, Crete in 1566, the son of Lazaro Griego. One theory holds that he may have been a fellow-townsman of Domenikos Theotokopoulos, better known as El Greco, and that his actual last name in Greek may have been equally challenging to pronounce – hence the translation to Griego, Spanish for ‘the Greek’. Juan was described as having a good stature, greybearded with a large gash-like wound on his forehead.

Well before British settlers arrived in Jamestown, VA in 1607, or the Mayflower pilgrims landed at Plymouth, MA in 1620, 32-year old Juan Griego (John the Greek) joined the Don Juan de Oñate expedition that set forth in 1598 from Mexico City to found a colony in New Mexico. This was part of a determined Spanish Empire campaign to evangelize the Pueblo Indians into the Roman Catholic faith.

Griego married Pascuala Bernal, an Aztec Indian from the Valley of Mexico who had acculturated to Spanish society, before embarking on the journey to New Mexico, along with his thirteen horses. Juan and Pascuala’s children were consistently identified as ‘mestizos’, indicating a racial mixture of Caucasian and Indian.

The Oñate expedition endured an arduous 1,450-mile trek on horseback and by foot through harsh desert conditions to cross the Rio Grande.

However, that region produced none of the silver and gold that Spanish conquistadors had discovered elsewhere in the newly-conquered territories. Most of the participants in the Oñate expedition abandoned the Pueblo Indian communities, so that by 1608 only about fifty families remained.

New Mexico was not an idyllic place to live in during the 17th century. Known as tierra de Guerra (land of war), the small number of Spaniards spent much of their time defending their communities and those of the Pueblo Indians from depredations by hostile bands of nomadic Apache and Navajo Indians.

Juan Griego remained, serving as a soldier in Oñate’s army at the garrison that eventually became the Villa de Santa Fe. Early 17th century documents point to the establishment of the garrison for the protection of “nuestra sancta fee catolica,” (our holy Catholic faith), which became the city of Santa Fe.

The family of Juan Griego and Pascuala Bernal grew to include three sons and four daughters.

The Griego-Bernal family rose to prominence in 17th century New Mexico, especially after the marriage of their daughters to frontier soldiers from prosperous families. Juan Griego was rewarded favorably by successive New Mexico governors for his family’s exemplary and loyal government and military service to the Spanish crown.

By the mid-1600s, the large and expanding Griego-Bernal clan secured their standing as among the most prominent and prosperous families of New Mexico. They owned various properties in Santa Fe, and owned and operated four estates in what is now the Española Valley, north of Santa Fe.

Griego’s descendants were to become among the socially and economically dominant families of 17th century New Mexico. However, dire conditions and social unrest erupted in the 1680 Pueblo Indian uprising that forced many Spaniard families to flee north, where they persevered in thirteen years of exile from their places of birth and living.

When northern New Mexico was restored to the Spanish crown in 1692, a small number of Griego men and women returned to resettle Santa Fe, and then in the Albuquerque area beginning in 1706. The family property became known as Los Griego, which today is a neighborhood in the north valley of Albuquerque, the largest city in New Mexico.

In addition to the heroic exploits of John the Greek in early American history, his wife Pascuala has made enduring naming contributions as well.

It was customary in Spanish society for some children to adopt the mother’s last name. One son – Francisco Bernal – began the Bernal lineage in the New Mexico territory. Some family members and their descendants settled along the Rio Grande River in Bernalillo (a diminutive of Bernal), others would settle further north in Bernal, near Santa Fe. Albuquerque is located in Bernalillo County, also named for Juan Griego’s son.

Juan Griego’s descendants served at the Santa Fe fort, and also contributed funds to support the American colonists in the War of Independence, when Spain declared war on Great Britain in 1779.

Today, the Griego men are officially recognized by both the Sons and the Daughters of the American Revolution as patriots of the United States, in honor of their memory and their support in helping to secure the independence of the United States of America.

Juan Griego departed this life in 1631 in Santa Fe. His family legacy has spread wide throughout the Western United States, including to one of America’s most fertile and compelling landscapes, in northern California, in pursuit of greater economic opportunities.

John the Greek would be extraordinarily proud today of Mary Jane Griego, who not only is a full-time aide to Congressman John Garamendi, but also arises at 3:00 AM daily to serve hundreds of local Oliverhurst citizens some of the most exceptional breakfasts anywhere.

Thank you, Koumbare Angelo for introducing me to this spectacular facet of Hellenic Americana.

Thank you, Mary Jane, for one of the most engaging historic heritage stories I’ve ever heard.

And thank you, Juan Griego, “John the Greek,” for setting the example centuries ago for bold, noble and rugged Greek