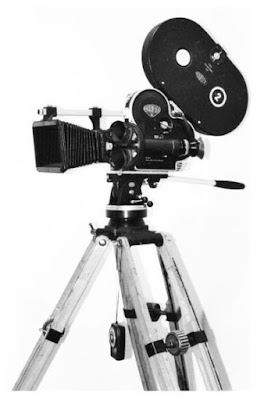 THE DAWN OF GREEK STEREOTYPES
IN EARLY AMERICAN CINEMA

It is difficult, from this historical distance, to decipher exactly what the average American first saw when attending the then-newly developed entertainment medium, the motion picture. Complicating our understanding even further for those concerned with Modern Greek Studies is that cultural stereotypes of Greeks are so fluid, many associations once inseparable image about Greeks in the average American mind are no longer recognized.

Unpacking these historically fixed images can seem, from time to time, unnecessarily complex. Nonetheless, working on these symbolic twist and turns, noting how they rise and then very often disappear without a trace, ultimately offers us insight into how stereotypes concerning Greeks in North America can form and momentarily function.

Early motion picture films were produced so quickly and the medium was so new that the films very rarely ran for very long at any one movie theatre location. Another point to emphasize is that these first black and white films were all silent. Music, when it was available, accompanied the moving images. Inserted within the films were cards with written dialogue or other relevant information. Talking pictures, i.e., movies with a soundtrack did not appear in American movie houses until 1929.

The running time of early films varied anywhere between a few minutes to rarely over half an hour. Movies were initially only part of the evening’s fare with live acts mixed with the “flickers,” as these early short films were commonly called. Most theatres at the time charged between five and ten cents a show depending on the film and other entertainment. When movies were the only scheduled entertainment it was so announced and anywhere between three and six films could be shown,

One of the very first blockbusters was the 1912 extravaganza Homer’s Odyssey. “Made at a reported cost of $200,000 this three reel cinematic sensation lasted for well over one hour and by the time it arrived, in say, Benton Harbor, Michigan it had already appeared for “5 months in New York at $1.00 and still showing. 3 months in Chicago at 50 cents and running indefinitely (News-Palladium June 18, 1912).”

As various reviews note the film was incredibly detailed for the era: “Ulysses of Ithaca (not the New York one) wanders and adventures around for over an hour in the Odyssey film which is exciting admiration at the Crystal theater now and he covers a marvelous amount of land and water and has all sorts of amazing adventures (Decatur Daily Review June 22, 1912).” This review is quite long and detailed noting the most fantastic elements in some detail such as: “The film shows the Greeks passing the Sirens their dash be tween Scylla and Charybals when each of the seven heads of the monster seizes the victim their slaughter of the herds of Helios the sun god and their consequent disaster. Ulysses has to finish this journey alone. He arrives after ten years and many vicissitudes to find his wife hard pressed by suitors. These he slays in a truly thrilling scene.” Ultimately, the reviewer contends that “the film is pronounced the best ever shown in Decatur. It certainly is the climax of wonders in motion pictures.”

Clearly this early version of the Odyssey drew on the then accepted notions of Classical Greeks, at least as the educated classes knew them. Yet it remains an open question as to how much the average American of the early 1900s may in fact have known of the Classical Greeks of history and myth.

Atonement (1917) offered another Greek stereotype, the dancing girl. The average Cheyenne reader soon learned that “Count Strezzi was so infatuated with Manuella, the beautiful Greek dancer that he was not above resorting to trickery and real crime in his effort to gain her for himself. But because Manuella was deeply in love with Lionel, her musician, her wits were sharpened and she managed to outwit Strezzi after all…Miss Regina Badet is the brilliant star in this production. She is known as the Vampire of France. Certainly she is one of the most beautiful women in that nation of beautiful women (Wyoming State Tribune June 28, 1918).”

Atonement can offer the film historian some considerable difficulties. As we shall see a beautiful woman as a vampire being the least of these issues. First this film was not made in America. Atonement is said to have finished filming, in France sometime in early 1917. Louis Mercanton (1879-1932) was a Swiss born naturalized French director who was educated in England and began an acting career in South Africa in 1904. His directorial debut was with the now internationally famous Queen Elisabeth (1912); Sarah Bernhardt’s (1844-1923) first film success. It is an accepted fact of film history that the receipts from this film’s distribution in the United States provided Adolph Zukor the funds to establish Paramount Studios. As one would expect Mercanton went on to direct other Bernhardt films; some to considerable success. Moving between England and France with each new success it is understandable that some of Mercanton’s films were shown in the United States. Atonement was among these films.

To begin with, the audience of the early American cinema was never composed solely of Americans. These silent films which cost most often five to ten cents to view came into being right when, what we now call, the massive wave of immigration 1880 to 1920 took place. Immigrants not only flooded the theaters but became deeply involved in all aspects of the new media from theater owners to filmmakers. New films for a ravenous audience put the pressure on film makers who at first made their motion pictures not in California but New York City, various places in northern New Jersey and the lake front neighborhoods of Chicago, Illinois to complete as many new films as possible. So any good film (and many, many bad ones) were shown regardless of their country of origin.

Regina Badet (1876-1949) was by all available accounts a stunning beauty whose unexpectedly short movie career 1910 to 1922 was filled with one popular success after another. An obvious favorite of Louis Mercanton, Badet appears in a number of his earliest films. The Jefferson Theatre (in Jefferson City, MO) advertisement had this to say about Atonement: “The wonder dance scenes in this production alone make it a truly exceptional offering. Regina Badet as a Greek dancer well justifies her title of “The Vampire of France.” You will enjoy this splendid attraction (Democrat-Tribune September 18, 1917).”

How a vampire translates into not simply a beautiful woman but a very specific type of alluring woman is itself a fixed period image. From around 1911, a vampire or vamp came to mean a female temptress. Rudyard Kipling’s poem “The Vampire” is credited with being the inspiration for the usage of vampire (and ultimately ‘vamp’) to mean a seductive sexually aggressive woman.

For Theda Bara, it was her stunning performance in A Fool There Was (1915) based expressly on the Kipling poem that established the stereotype of the ruthless femme fatale whose seduction inevitably leads to a man’s ruin. As The Vamp in A Fool There Was her command “Kiss me, my fool!” taken from a dialogue card seen in the film soon became a popular phrase.

But vamp and the juxtaposition of Regina Badet as a Greek dancer justifying her title of The Vampire of France involves yet another historically fixed cultural form. Among the sensation vaudeville acts of this era in North America was the vampire dance. This dance was described on more than one occasion as an Apache-style dance. The Apache dance like the Tango and the Maxixe, all introduced to the American public around 1910-1911, emphasized direct physical contact between dancers something new for the Wasp dancers of Decatur, Jefferson City or Cheyenne.

How all these stereotypes of Greeks as seen at the dawn of film as a popular entertainment inspired or influenced the average viewer has yet to be systematically studied, let alone understood.