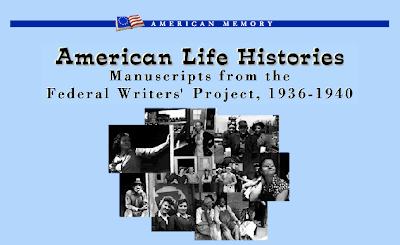 
NEW YORK
NAME OF WORKER Terry Roth ----- Sam Schwartz
ADDRESS 47 W. 69th St, 2800 Bronx Park East N.Y.C. Bronx, N. Y.
DATE April 27, 1939
---------------------
SUBJECT - HOW IT WAS
Kantaizis
When I want to become furrier, so I use to work by Greek shop. Seventeen dollars a week. So it was like this. When I was through work, the same building was a Jew shop, the same kind of work. So the boss, he want me to work so he was saying to me how the Jew boss give me one dollar an hour and the Greek give me thirty five cents an hour. So the next year I hear about the big union he want to organize the Greek worker. So one day a Greek worker stop me on the street and say I must come to union. "What is this?" He say "Strike." "Alright. I join the strike." That time I recognize the leader. He was Ben Gold, and I know that leader was the only leader we have in that union to organize the Greek worker from fifteen dollar a week to we get forty five and sixty dollar.
Before that in 1922, when I come this country, I use to work by a Greek jobber. So we use to work that time seventy hour. We saw. We begin to fight about the conditions. So I start to talk by the workers. "Well, we must fix the condition." That time I was only nine months in this country, and we began to organize a strike in this shop without a leader. The leader that time was myself, and another leader by the name B----. So we decide to strike. We are only twenty four workers inside. We get a big piece paper and we put the demands like this and we strike. The same night we strike, the people he was ready and the boss come right over and say. "Alright boys, I accept everything you want without a lawyer." So we start to work. The next day when the job was finish, the boss say. "You out and you out and you finished."
He was a small shop, a small room and that kind, he was pieces furs. So I went there to learn the job and this guy was happy because he have only workers without money. And I sat over there four weeks, no pay. After that I use to work for another shop. He start to pay me thirty cents an hour and then thirty six an hour. That guy said to me. "If you want to go find better job, you go to market, Twenty Seventh Street." I go to market and I find job.
*******************
One time I use to work by big shop. He was 333 Seventh Avenue, the biggest shop in the market. Mr. G he was an old man about sixty and we are about 135 workers inside. I was interested about the boss. Was three sons and three foremans and the same boss. He start to work like a horse. He was very small man. He wants to get every day out two coats. I was so interested how that guy with three sons and three foremans, I can't understand why he work like a dog he must finish two coats himself every day.
And then I use to work 1916 by a Greek shop. He was the finisher's department here and the operator's department. So the Greek girls start to talk sometimes. This boss he say. "Hey, you Smatoes, you stop talking." My sister in law use to work over there with the girls. I get up from my machine. I say. "What you think you are? You are a man without education. What you trying, to make them work like horse."