Book Released in Australia on the History of Greeks in Asia 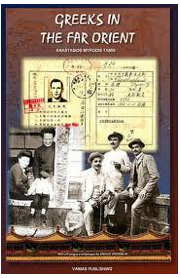 From the Greek Reporter - Australia


Book Released in Australia on the History of Greeks in Asia

"Many distinguished Greeks and Australians attended the presentation of Greek Professor Anastasios Tamis’ book titled “Greeks in the Far Orient.”
Premier of Victoria John Brumby and Australia ‘s Victoria State Energy and Natural Resources Industries Minister Fanos Theofanous presented the book. John Brumby marked it as “great feat, extraordinary achievement and treasure for the history Greek migration and multiculturalism.”
He also said that the history of Greeks in the Far Orient is closely related to Greek immigrants of Australia and added that Greeks living in China have harmonized the two cultures."  READ MORE