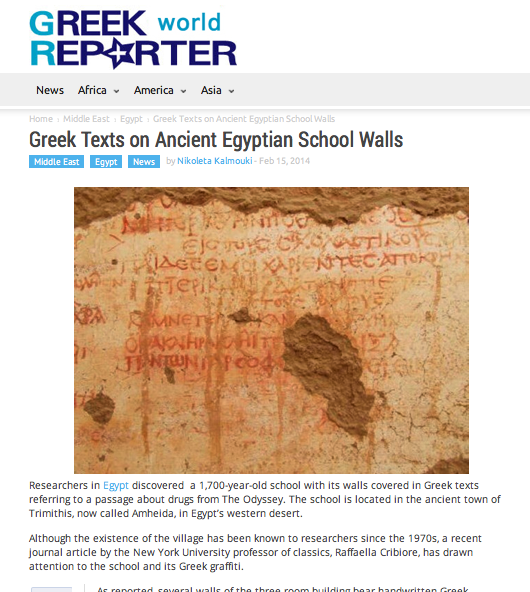 Researchers in Egypt discovered a 1,700-year-old school with its walls covered in Greek texts referring to a passage about drugs from The Odyssey.  The school is located in the ancient town of Trimithis, now called Amhelda, in Egypt's western desert.

. . . . a recent journal article by the New York University professor of classics, Raffaella Cribiore, has drawn attention to the school and its Greek graffiti.

Read more of the GreekReporter.com article