Angie Harmon to Trace Her Greek Roots on 'Who Do You Think You Are?' 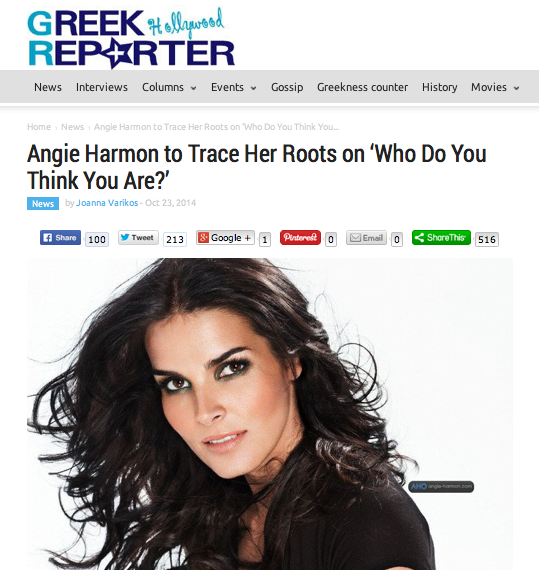 Published on the GreekReporter.com October 23, 2014
by Joanna Varikos

It looks like Angie Harmon will be appearing on an episode of TLC’s “Who Do You Think You Are?” to trace her ancestral roots. The actress, whose mother is Greek, has been sharing photos on social media of her experience so far as she travels during production of the episode.
Though TLC hasn’t officially announced her appearance, the “Rizzoli & Isles” star posted a photo captioned, “SOOO excited for this! @WDYTA . . .
. . .
Harmon has been mum about exact details. It is not clear yet whether she will discover any of her Greek roots in the episode, which is expected to air in 2015.