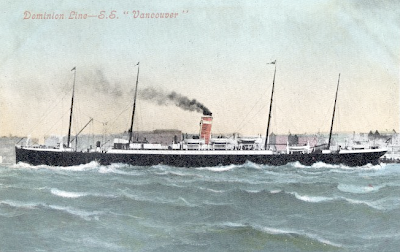 I have done my best to transcribe this information accurately.   I would encourage you to look at the original records whenever possible.  Below you will find links to several resources where you can view the original passenger manifests.

This is a list of Passengers Arriving at the Port of Boston stating Greece as their last residence - Year 1902.

Use this Index as an additional guide that may be of help in locating those elusive ancestors and the passenger ships they arrived on.    Many names were transcribed with very strange spellings.  If you see someone that MAY be of interest, look at the original manifest to see if it was transcribed incorrectly.

Below are a few resources for additional information and/or copies of the original ship manifest.  (There are additional resources being added all the time - so Google it, and see what’s available.)

Note:  This is not to be considered a complete Index of Greek passengers, and as a matter of fact, people who stated that their birthplace was Greece may be from other ethnic backgrounds.  Also, these listings may or may not include people from some Balkan countries, that were occupied by the Ottoman Empire, where the people considered themselves to be Greek or from the Asia Minor territories.  Also, keep in mind that country boundaries kept changing.

Arrived in Boston on SS Commonwealth on 7 February 1902
R. Vitsaxis